Dr. Rupa Marya Brings Her Multitudes to All She Does 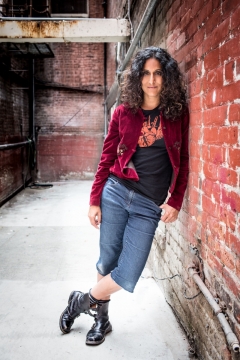 When Dr. Rupa Marya, MD was a resident physician, she remembers one patient very clearly, a woman who came to the emergency department with very late-stage cancer. Dr. Marya asked the patient why she had waited to seek medical attention until it was too late. The patient said she was afraid of being deported.

“It was so heartbreaking that someone would be alienated from their body because of a border,” she says. As a response, she took her bandmates from the global alternative group Rupa & The April Fishes, down to the U.S.-Mexico border. Their goal: “To find out how this manufactured thing—the border— creates this fictional barrier that disconnects people from their bodies,” she says.

For Dr. Marya, the individual body is always interconnected with larger systemic issues in health, healthcare, and healing. And in her work, there is overlap between being a healer and an artist. “My life of inquiry in medicine around finding out what’s making us sick was always tied to my life as an artist where I’m asking those same questions.” She has also reflected on how her work as a musician connects her with people more deeply than through her work in medicine. “Going to a place with a guitar instead of a stethoscope really allows me to enter into homes,” she says.

Dr. Marya now works as a hospitalist and Associate Professor of Medicine at UCSF, an activist, and the front woman for her international touring band whose music focuses on liberation, justice, resistance, and activism. These are the multitudes represents which are seamlessly interconnected with one another.

Activism is the primary way Dr. Marya engages with students at UCSF, specifically through the Do No Harm Coalition. The organization emerged in 2016 to protest police violence in San Francisco. Dr. Marya felt it was UCSF’s duty as the second largest employer in the city and supporter of human health to get behind the movement. She reached out to the University to make a statement that police violence is a public health issue. The response she received was that the issue was too political. In response, Dr. Marya along with several student activists and health workers formed this coalition to challenge this notion and to advocate for intersecting issues such as housing, disability justice, and Indigenous sovereignty.

Dr. Marya is also bringing all that she has learned through her organizing, activism, healing, composing, touring, and connecting over the past 20 years and co-authored a book with agro-economist, Raj Patel, called Inflamed: Deep Medicine and the Anatomy of Justice. The book is a cataloging of her and Patel’s combined experience and analyses as to the interconnections between human illness and societal injustice.

“The planet and our bodies are suffering from the damage of a mindset, namely, capitalism, that has shaped our socioeconomic reality of the world for the last 600 years,” she says. The book essentially connects the dots between the hierarchies created through capitalism (male supremacy, white supremacy, supremacy over nature), the harmful actions that results from those hierarchies (e.g., removing Native people from their land and extraction of nature for the purpose of human consumption), corresponding climate collapse, and how these realities have cumulatively damaged our bodies and prospects for living healthy lives.

The solutions are out there, she says, primarily led by frontline communities to decolonize food systems, overturn food and medical systems as we know it, and end the global reign of capitalism. All of those efforts to decolonize, Dr. Marya argues, require “focusing on economies of care.” She is helping to realize the concept of The Care Revolution with other women of color through The Deep Medicine Circle, a non-profit farm (The Ma Da Dil Farm) and land sovereignty organization located in San Gregorio—which is the ancestral homelands of the Ramaytush Ohlone people—dedicated to “healing the wounds of colonialism through food, medicine, restoration, story and learning.” 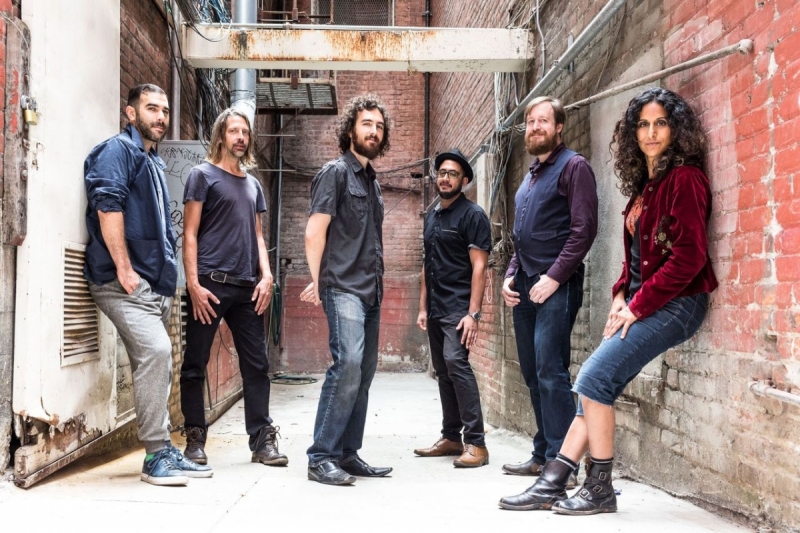 Dr. Marya is bringing all of these multitudes and her focus on community care to her plenary talk at the UC Global Health Day on May 7, 2022 at the University of California Santa Cruz.

“What I’d like to do at the talk is invite people to use and access their multiple ways of knowing and to hear the urgent call for a care revolution,” she says. And of course, there will be music. While her band, Rupa & The April Fishes will be closing out the day, she envisions weaving their music into her plenary speech. “To hear a talk based in science and the data and to hear the music with the tenderness of our hearts,” she says, is a part of “knowing our collective selves.”

And like everything she does (in the speech and in this life), she has a very specific call to action: “I’d love to see UC commit to giving land back to Indigenous people and to learn how to be on their land in a way that uplifts everybody's health.”