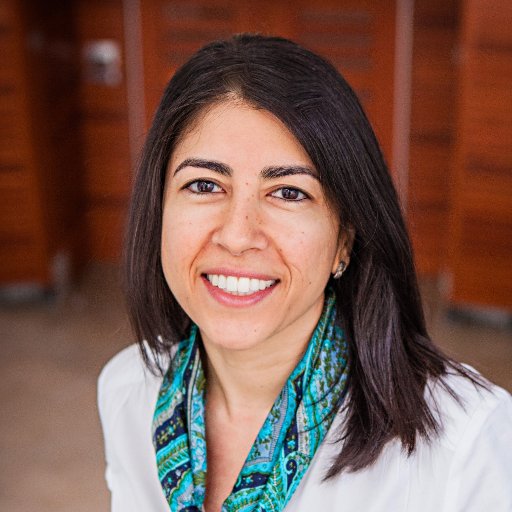 In 2009, Dr. Ushma Upadhyay, then a UCSF research assistant, was sitting outside a boardroom when she overheard a group of faculty discussing the formation of a brand new Center of Expertise (COE) focused on her area of expertise: women’s health and empowerment. It was, in fact, what she had done her dissertation on while at the Johns Hopkins Bloomberg School of Public Health (graduating in 2006).

“Why am I not in that meeting?” she thought. So, she moved closer to the boardroom and stayed late so she could hear all about what they were planning. That was the beginning of her involvement with the center, but it comes as no coincidence that now, 12 years later, she has been appointed as Co-Director of the now well-established Women’s Health, Gender & Empowerment (WHGE) Center of Expertise.

After that chance encounter outside the boardroom, she began finding her way into those early WHGE planning meetings and making sure she was a part of the exciting work around which she was passionate, particularly improving reproductive health among marginalized populations.

“I think part of what I do now is shaped by my family background,” says Dr. Upadhyay when describing the social justice perspective that she brings to her work. Her mother grew up in Tanzania with a very large family that discouraged her from pursuing a career as a doctor because it was deemed as “men’s work.” Hearing this from her mother growing up, she says, “gender inequalities have always been front and center and I wanted to be a part of reducing gender disparities.”

Dr. Upadhyay is translating that very clearly in her work which has, from very early at her time at UCSF, been supported by the UC Global Health Institute and the WHGE Center of Expertise. As a junior faculty member, she was awarded a UCGHI fellowship through the COE--which funded her work--to measure reproductive autonomy. As her research has expanded, so has her involvement with WHGE.

“My research is on access to abortion care, particularly for people who have been historically excluded from healthcare,” she says. This is her focus on one of her current signature projects with the COE:  the California Home Abortion by Telehealth (CHAT) study. Dr. Upadhyay is very excited about this project because it could have important implications on access to abortion. “People don’t know that medication abortion exists and that it can be done entirely at home safely without a clinic visit,” she says. The CHAT study will not only evaluate this innovative new program, but it will also help expand the awareness about its existence and safety to people who most need it, typically historically marginalized groups.

Dr. Upadhyay’s work at UCGHI and with the COE also involves social and racial justice issues within the institution. She’s a very active member of the UCGHI Black Lives Matter task force that focuses on both small and large activities at the institution through a racial equity lens. “It’s something that’s really needed,” she says. “Together, there’s a synergistic effect once we start talking about how a program could be more inclusive or meet the needs of more diverse students.”

Additionally, students are a big part of what excites Dr. Upadhyay about her work with the COE because of how much she learns from them. “I always say that everyone needs a mentor under 30,” she says. For example, she describes how a student intern in the summer scholars program helped bring an important insight into data they were looking at around decision-making processes related to abortion. When a lot of the team had assumed a respondent was describing abortion stigma, this student posed an alternate perspective that the response was about constrained choices due to personal circumstances. “The perspective she brought was just really refreshing,” says Dr. Upadhyay. It’s those kinds of moments that show the power of bi-directional mentorship.

And on top of it all, Dr. Upadhyay says she gets to work with a great group of colleagues. “The COE team is very multi-disciplinary,” she says. “We all have different areas of expertise that link us to the COE and we all have tremendous respect for each other’s expertise. It’s such a solid team.”

While Dr. Upadhyay wasn’t at that early meeting about the formation of the COE, it is almost like she was at that table. There’s a full circle element to her moving into this new leadership role and it speaks to the strong nature of the team she’s been a part of over the years.

“We are naturally collaborative,” she says. “That's part of why it was such an easy move to Director of Research to Co-Director.” And the Institute is grateful for her valuable contributions over the years and excited that she continues to evolve her work and leadership within the COE and UCGHI.