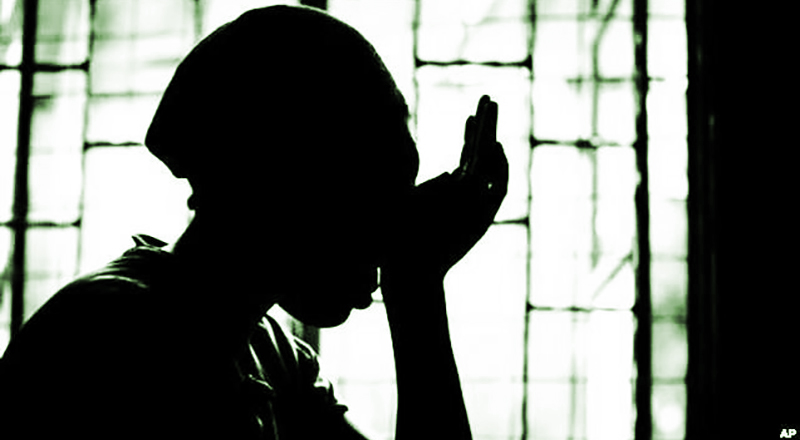 Vikram Patel learned on his first day on the job that sometimes you have to throw out the book and create a new manual.

It was 1993 in Harare, Zimbabwe, when the young and eager Patel, who had just finished training as a psychiatrist at the prestigious Maudsley Hospital in the UK, was stunned when he saw his first patients.

Patel expected a version of the traditional psychiatric ward, which he was accustomed to during his medical school days. But the facility was a fenced-in compound where patients were dressed in what looked like white sacks with holes cut out for their heads and arms. Inside the quarters, some were tied to their beds. Some hospital workers called the place “the zoo.”

Patients had no counseling and limited access to drug treatments. Most of the patients in the ward had severe conditions such as schizophrenia. He saw cases of depression almost entirely in primary health care clinics, but in Harare, there was not even a word or term for depression (as a biomedical condition), nor an understanding of its symptoms or causes.

Patel handled as many cases as he could, although what he learned in school was hardly applicable here. He offered medication when it was available and counseling therapy with the help of interpreters. He also trained hospital workers in what become his knack – making do with what little you have.

After his two years in Zimbabwe, Patel learned that the mental health care horrors he witnessed were similar in much of Africa and most of Asia. And seemingly very few cared. He then became determined to take mental health out of a vast and dark closet and make it as important physical health.

Patel -- who is now The Pershing Square Professor of Global Health and Wellcome Trust Principal Research Fellow in the Department of Global Health and Social Medicine, Harvard Medical School – is the keynote speaker for UC Global Health Day 2018 on April 22 at UC San Diego. He will open the conference with his talk on “Universal mental health coverage: realizing the aspirations of the Sustainable Development Goals.”

Patel is a highly sought speaker, traveling around the world to press the mental health agenda. His message is straightforward. “Mental health is an integral, inalienable, part of our well-being and the sustainable development of our communities,” he said.

In 25 years, Patel has become a highly honored researcher and advocate for the roughly 450 million people in the world affected by mental illness. In 2016, Time magazine called him a “well-being warrior” and named Patel one of “The 100 Most Influential People.” He is also a recipient of the Sarnat Medal from the National Academy of Medicine and the Pardes Humanitarian Prize from the Brain & Behaviour Research Foundation.

“It is hard to imagine a more difficult challenge than addressing the unmet needs of those from resource-poor countries who live with and suffer from mental-health disorders,” noted the magazine. “And yet Vikram Patel has spent his career doing just that.”

Asked by UCGHI about his most satisfying accomplishment in his years as a researcher, Patel said: “The transformation of mental health from being an issue which was typically dismissed in the context of global health to one which is now considered a priority.”

But he is not one to rest on laurels and realizes the ongoing and mounting challenges ahead. And when asked about what has disappointed him, he said. “That the vast majority of persons living with mental disorders continue to be denied their rights to appropriate health care or a life with dignity.”

Patel has conducted groundbreaking epidemiological research that revealed the burden of mental disorders in low- and middle-income nations and showed a strong link between mental disorders and poverty. His research also demonstrated that evidence-based treatments for mental illness can be delivered effectively in these countries by community health workers.

The idea of using lay people to deliver mental health care was rooted to his early years in Zimbabwe, where community members were trained to give care to people with AIDS. He figured that a similar approach could be used for mental illness, and his research has designed interventions for a wide range of conditions, from autism in children to emotional and behavioral problems in adolescents to depression, harmful drinking and chronic schizophrenia in adults and dementia in the elderly. Across this range of conditions is a single design principle: delivery by community health workers, working in collaboration with primary care physicians and specialists where needed and available.

Much of this work was carried out in collaboration with Sangath, a nonprofit organization that he co-founded in his native India. Sangath is dedicated to research in child development, adolescent health and mental health. It won the MacArthur Foundation’s International Prize for Creative and Effective Institutions in 2008 and the WHO Public Health Champions of India Award in 2016. It is now ranked amongst India’s leading public health research institutions.

Patel played a lead role in synthesizing evidence that has shaped the foundation of the field of global mental health and promoted its dissemination by editing key journal series and textbooks that form the basis of teaching and practice in the field. Patel’s research has galvanized policymakers and funders, including the World Bank, to address the large unmet need for mental health care in developing countries.  He has worked closely with the Government of India to produce its first National Mental Health Policy in 2014. He also champions the voices of people living with mental illness and was a founder of the Movement for Global Mental Health, the largest coalition of civil society and professionals devoted to this cause.

He has promoted practical tools to improve care in areas where mental health specialists are lacking. His 2003 manual “Where There Is No Psychiatrist” has been used by community health workers worldwide and has been translated into more than a dozen languages; the second edition was released earlier this year.

In addition to conducting evidence-based research all over the world to inform governments and policymakers on how to make mental health programs effective, Patel is committed to capacity-building. There is a great shortage of mental health providers in the developing world, from specialists like psychologists and psychiatrists to community-based workers on the frontline of mental health care, he said. One of his current passions is to use digital technologies to train the full range of health workers in the delivery of evidence based psychological therapies.

He was also instrumental in establishing the Centre for Global Mental Health in London in 2008 which subsequently launched the first full-time master’s program in the discipline and the Mental Health Innovations Network. At Harvard, he has led the launch of the cross-university GlobalMentalHealth@Harvard initiative to catalyze innovation, collaboration, education and discovery in the field.  One of his favorite roles is “investing time in mentoring and building institutions who can do much of the heavy lifting (of mental health care).” And “nothing gives me more pleasure than to see a mentee blossom into an independent leader.”

“Vikram Patel is one of the most consistent and influential advocates for global mental health in the world,” said Bruce Link, PhD, distinguished professor of sociology and public policy at UC Riverside. “We need to listen carefully to him and help push for positive change.”

Link, who will be presenting comments after Patel's talk, conducts research aimed at understanding health disparities by race/ethnicity and socioeconomic status, the consequences of social stigma for people with mental illnesses, and the connection between mental illnesses and violent behaviors.

“Stigma is an enormously important factor for global mental health as it influences whether people identify and come for treatment, whether they are subjected to harmful abuse and denigration, and whether countries recognize the importance of mental health conditions and plan for and implement treatments that are on a par with physical illnesses,” he said.

Asked about challenges today in making or keeping mental health care at the top of the global health priority list, he said: “A critical problem is the under-recognition of the importance of mental health not only to disability days but also to economic performance, physical health and the general well-being of the population.”

Janis Jenkins, PhD, a psychological and medical anthropologist and director of the recently launched Center for Global Mental Health at UC San Diego, also will be a commentator following Patel's talk.

“While attention to global mental health (GMH) is crucial – and long overdue – there are three significant challenges we face for developing and maintaining GMH as a priority,” said Jenkins, whose principal research interests are culture and mental health, gender and ethnicity, adolescence, migration, violence and resilience.

“First, many labor under the mistaken notion that, unlike ‘physical health,’ mental health only affects ‘some’ people,” she said. “This is not the case. To greater and lesser degrees, mental health affects us all over a life course. To be clear, this is hardly to suggest that most people are undiagnosed with mental illness, but rather to insist that mental health/illness is best understood on a continuum of fundamental human health processes.”

“Second, and not unrelated to the first, is the challenge of pernicious social stigma and discrimination that is culturally attached to mental health/illness,” said Jenkins. “Just as for discrimination in relation to gender, social class, race/ethnicity, the social response to perceived mental illness often incorporates prejudice, hostility and de-legitimation. These societal responses, in turn, have been empirically demonstrated as significant social determinants for illness onset and outcome.”

“Finally, while poverty, misogyny and racism disproportionately produce suffering associated with mental illnesses, it’s a mistake to ration research attention and care based on scientific overgeneralizations of nation-states in simplistic and homogenous categories as ‘high,’ ‘middle’ or ‘low income’ countries.”

“As a matter of social justice, GMH research, care and advocacy must be developed wherever needed. Worldwide, there are no shortages of need,” she said.

She noted that at recent meetings in Washington D.C. convened by the World Bank, World Health Organization and the National Institutes of Health that brought together the GMH community of Ministers of Health, researchers, providers and advocates, Vikram Patel observed: “When it comes to mental health, we are all developing nations.”