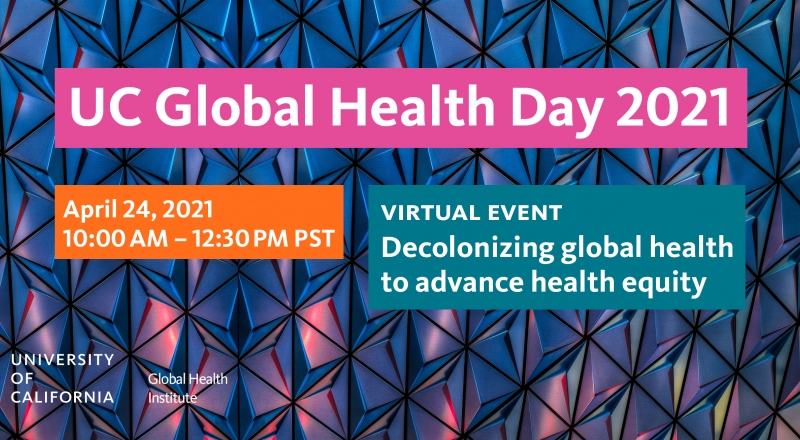 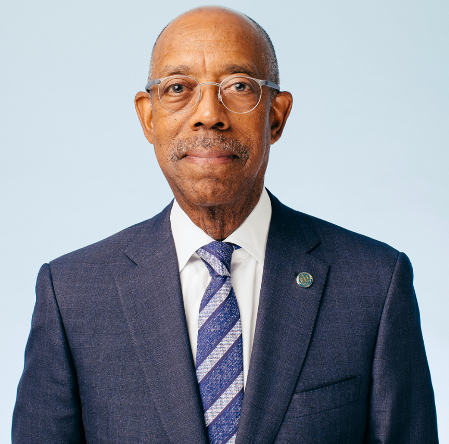 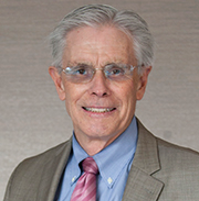 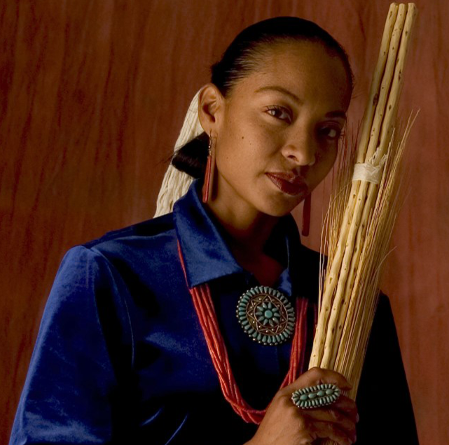 Radmilla Cody is a GRAMMY Nominee, NPR’s 50 Great Voices, multiple Native American Music Awards Nominee, international performer, a former Miss Navajo Nation, and the founder of the “Strong Spirit: Life is Beautiful not Abusive” campaign which brings awareness to teen dating violence. Her music and advocacy work has been a form of resistance against multiple colonial forces such as patriarchy, anti-blackness and anti-indigeneity. Radmilla was awarded the “Black History Makers Award 2012” from Initiative Radio and was selected as the first Native American awards presenter at the 55th GRAMMY Pre- Telecast Awards Ceremony. 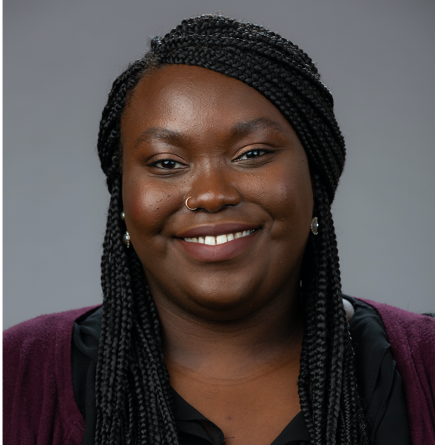 Laura Mkumba is a native of Dar-Es-Salaam, Tanzania by way of Atlanta, GA. She received her Bachelor of Science in Biology and Master of Science in Global Health degrees from Duke University. She co-founded the Duke Decolonizing Global Health Working Group in 2018 to create a space for students, faculty, and researchers to critically reflect on the legacies of colonialism embedded in the field of Global Health. She has spent the last decade working in international and domestic HIV/AIDS research ranging from investigational drug clinical trials, HIV prevention studies, and behavioral interventions. Her other research and academic interests include mental health, health equity, adolescent health, and the sexual and reproductive health of sexual and gender minorities. 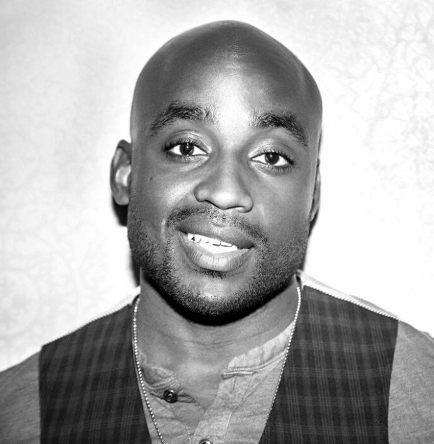 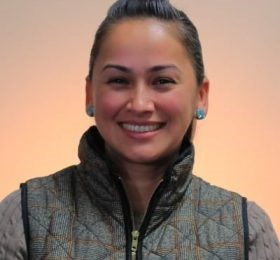 Dr. Andrea Garcia (Mandan, Hidatsa, Arikara) is a physician specialist at the Los Angeles County Department of Mental Health. She completed a fellowship in research and policy with the National Clinician Scholars Program at UCLA, and trained in General and Preventive Medicine with the California Department of Public Health. She is a proud graduate of the UC Berkeley-UCSF Joint Medical Program. Her current work focuses on research and systems improvement pertaining to urban Native American health and wellbeing, homelessness and housing justice for Native Americans, and improving workforce diversity. She serves on the Board of Directors for United American Indian Involvement, We Are Healers, and is proud to serve as a Mayoral Appointee for the Los Angeles City/County Native American Indian Commission. 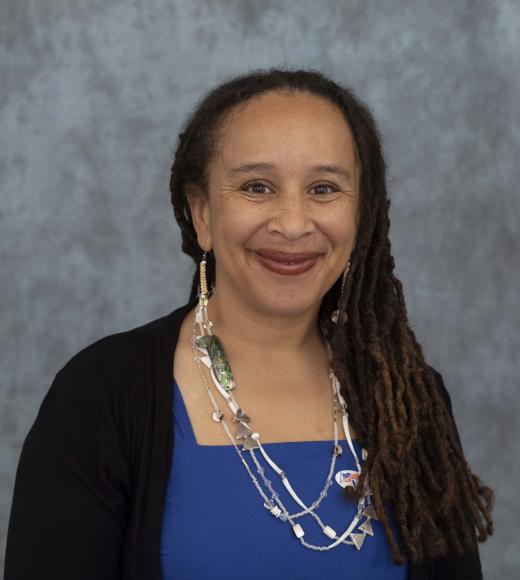 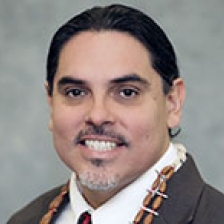 Mark LeBeau, PhD is the Chief Executive Officer at the California Rural Indian Health Board (CRIHB) and a citizen of the Pit River Nation enrolled in the Illmawi Band. He has worked at CRIHB since 1999 in numerous capacities, including as a public health programs manager, proposal writer, director of the traditional Indian health program, health education specialist, and the health policy analyst. He earned his doctorate at University of California, Davis, and wrote a dissertation focused on planning and administering tribal healthcare services in California. He has served on the Pit River Election Committee, on the Pit River Health Services Board of Directors, and in Congressman Frank Pallone’s office in Washington, DC, working on American Indian/Alaska Native legislative initiatives to benefit Indian country. 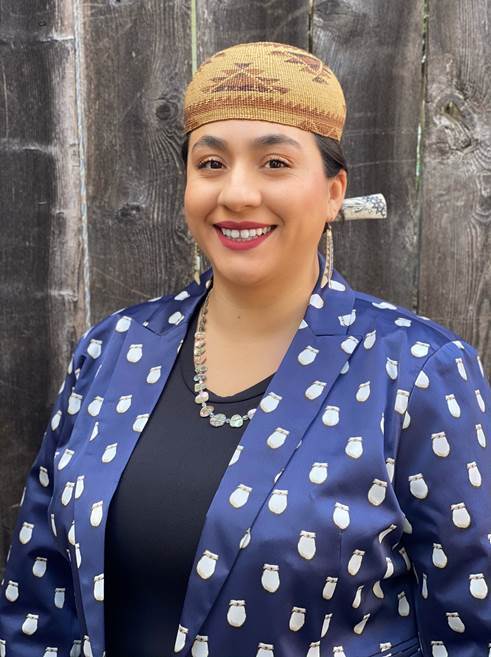 Virginia Hedrick is the Executive Director for the Consortium for Urban Indian Health. She is enrolled member of the Yurok Tribe of California and is also of Karuk descent. Her prior work includes chronic disease prevention, implementation and policy impacts of the Affordable Care Act for California tribes, as well health research. In addition she serves on the Board of Directors for The California Wellness Foundation as well as the California Pan Ethnic Health Network. Virginia holds bachelor of arts degrees in Sociology and American Indian Studies from the University of California, Los Angeles, a Graduate Certificate in Maternal Child Health Epidemiology from the University of Arizona and a Master of Public Health Degree from Drexel University. 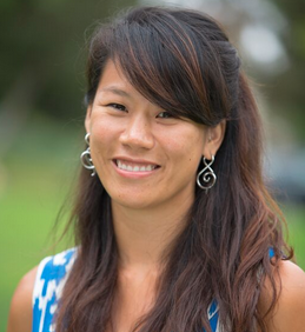 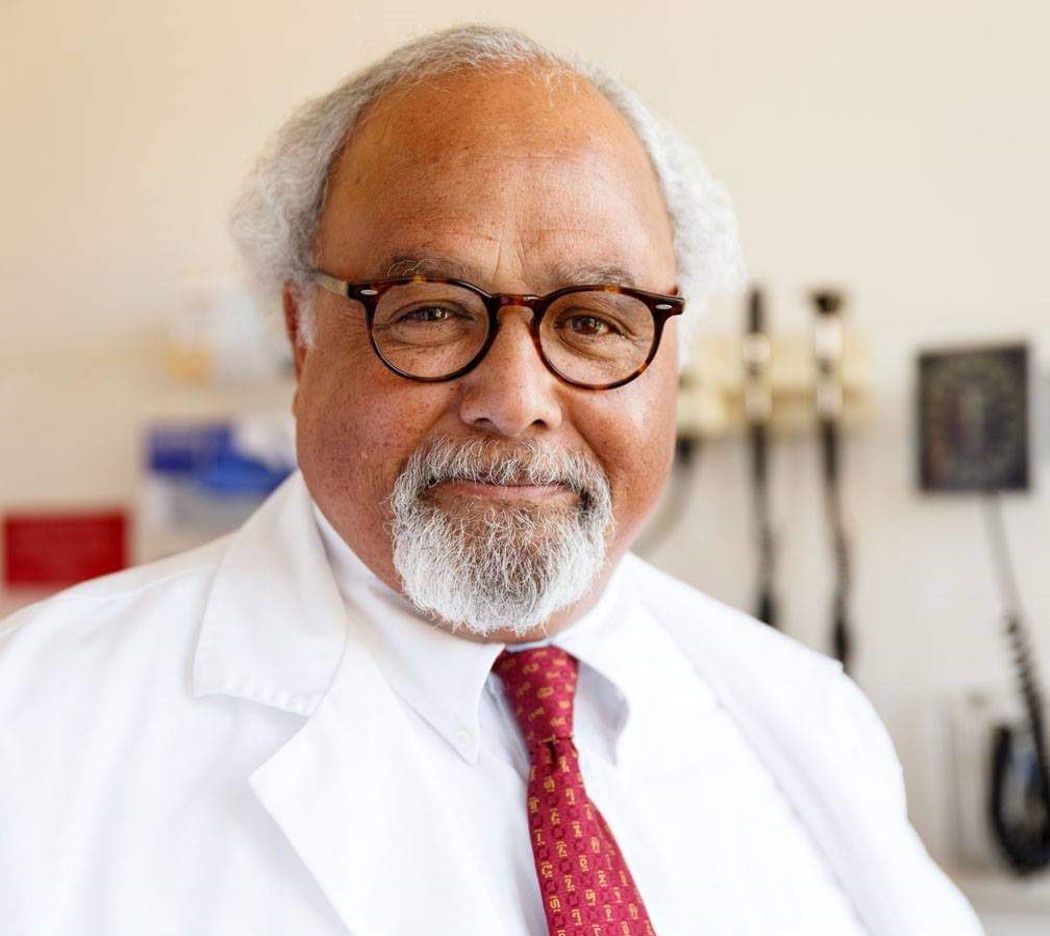 Dr. Eric Goosby is a professor of clinical medicine and the Director of Global Health Delivery and Diplomacy in the UCSF Institute for Global Health Sciences (IGHS). Dr. Eric Goosby is an internationally recognized expert on infectious diseases who has participated in program and policy development at the highest levels of government. He was the founding director of the Ryan White CARE Act in 1991 and subsequently served in the Clinton Administration to expand the program considerably.  As Global AIDS Coordinator under President Barack Obama, he was responsible for implementing the President's emergency Plan for AIDS Relief (PEPFAR). He currently serves as the UN Secretary-General's Special Envoy on Tuberculosis and as a member of Biden-Harris Coronavirus Task Force. Dr. Goosby is an elected member of the National Academy and currently serves as Director of the UCSF Center for Implementation Sciences.  He has served as a mentor to countless mentees in areas of policy and advocacy for millions of patients living with HIV and other infectious diseases. Dr. Goosby is also is a member of the UCGHI Black Lives Matter Task Force. 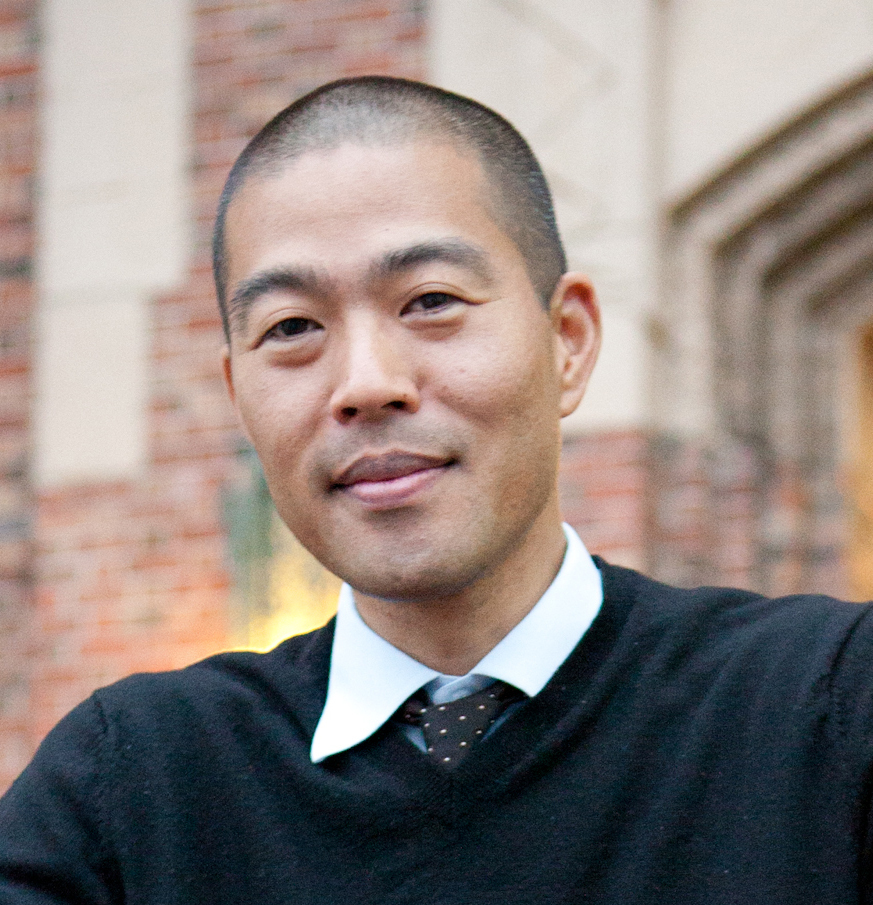 Dr. Elvin Geng is a professor of medicine and the Director of Dissemination and Implementation Research Core, Institute for Clinical and Translational Science at the Washington University in St. Louis. Dr. Geng earned his MD and MPH degrees from Columbia University and subsequently completed post-doctoral training through the Aaron Diamond AIDS Institute (posted in Kunming, China) as well as fellowship training in infectious diseases at the University of California in San Francisco. Using the lens of implementation science, he conducts research to optimize the use of evidence-based interventions in the public health response to HIV. Currently, through diverse collaborations in Kenya, Zambia, Uganda, as well as in safety net settings in the US, he is leading work to advance strategies for HIV treatment success. 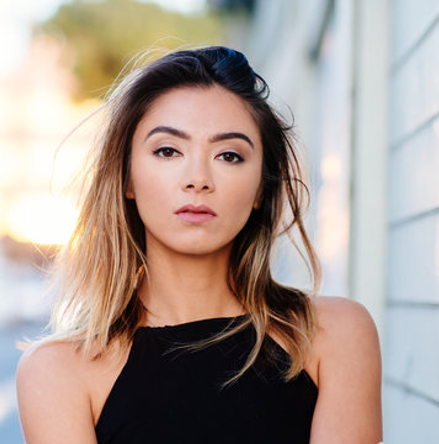 Hollis is a songwriter, musician, speaker, creative generator and community advocate who lives between Los Angeles and Seattle, WA. She is the lead vocalist of the electronic R&B trio The Flavr Blue, and was GRAMMY nominated in 2014 for her work with Macklemore and Ryan Lewis. With her roots in spoken word and slam poetry through the nationally recognized Youth Speaks program, Hollis is passionate about how creativity and the arts fuel and shape civic discourse, and is dedicated to lending her voice and capacities towards vibrant social equity. A native of the Bay Area, Hollis graduated from Seattle University with a major in History and a minor in Global African Studies, and is a recipient of Seattle University’s 2016 Outstanding Recent Alumna Award. 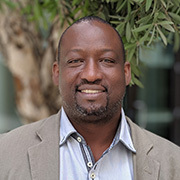 Johnson John Lyimo, MD, MPH, is a Tanzanian public health specialist. He completed his medical training at the Muhimbili University College of Health Sciences in 2002, and in 2005 pursued a Master of Public Health at Dartmouth College as a Fogarty International Center fellow. He is currently pursuing a PhD in Global Health Sciences at UCSF. He has over 10 years of professional experience in the programmatic implementation of tuberculosis (TB) control, including drug-resistant TB control interventions at the national level through his work with the National TB and Leprosy Programme. Johnson’s research interests include drug-resistant TB case detection and linkages to improved treatment regimens in Tanzania, which are aligned to global TB elimination targets for 2030. 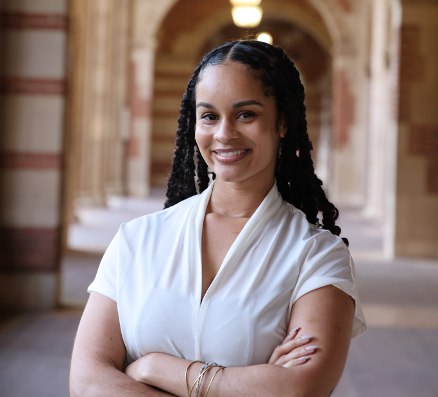 Nykki Jones received her BA in International Studies with a focus on Development and Food Security with a regional focus on the African Diaspora at the University of San Francisco. During her time at USF, she spent a year studying the legacy of colonialism in Morocco and Tanzania and engaging with local farmers and activists. Through this exposure to community health work in various global settings Nykki was inspired to focus her senior thesis on “Decolonizing the Urban Farm” in which she explored the ways in which the urban gardening and food sovereignty movement has been largely exclusive towards marginalized communities and ways in which the work can be more equitable and inclusive. She has recently earned her MPH from the UCLA Fielding School of Public Health where she focuses on researching the health implications of structural racism on chronic disease and maternal health disparities as well as exploring innovative solutions to disrupt these structural barriers and empower communities of color.

Dr. Siana Nkya has a background in Microbiology and Chemistry (BSc) and Molecular Biology (MSc). Since joining Muhimbili University of Health and Allied Sciences (MUHAS) as a research scientist in 2009, she has been leading and participating in research projects related to Sickle Cell Disease (SCD). In 2015, Siana was involved in establishing a newborn screening programme for SCD at MUHAS. The primary focus of her PhD was the genetic determinants of fetal haemoglobin, during which she established a genetic database of more than 1700 individuals with SCD and undertook the first Genome Wide Association Study (GWAS) analysis of an African population in collaboration with the Wellcome Trust Sanger Institute. Siana is a lecturer in the Department of Biological Sciences at DUCE and an honorary lecturer at the Department of Biochemistry, MUHAS. She is a co-founder of the Tanzania Society of Human Genetics (TSHG) that was initiated in 2018. Siana has also received the Emerging Global Leader Award, K43 from Fogarty International Center, NIH. 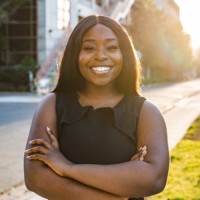